After the United States, HP Specter x360 16 (2022) and Specter x360 13.5 laptops made their debut in the Indian market on the 14th of June. HP's new two laptops will offer a 2-in-1 convertible form-factor design and a 91% screen-to-body ratio. Both models come with a 12th-generation Intel Core processor. They are preloaded with HP Auto Frame camera and Artificial Intelligence (AI) based privacy alert feature. Again, the Intel Evo platform is used on both laptops for impressive performance. In addition, the Specter x360 16 (2022) features HD HP Presence and GlamCam features to enhance the audio and video calling experience. 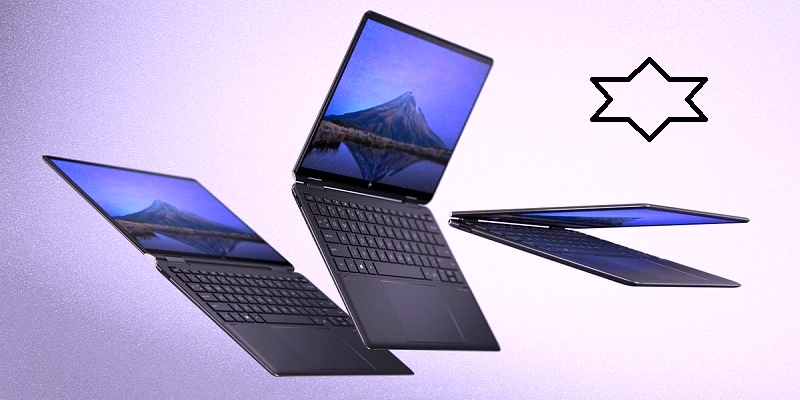 The HP Specter X350 16 (f-1003tu) laptop is priced at Rs 1,39,999 in India. On the other hand, the HD Specter X360 13.5 (ef-0053tu) laptop is priced at Rs 1,29,999. Buyers will be able to purchase these two models with two different color combinations, namely, Nightfall Black with Pal Brass Accent and Nocturn Blue with Celestial Blue Accent. Both Specter X360 series laptops are available for pre-booking from today - through HP's official website, HP Word Store, Chroma, and Reliance Store.

Speaking of the launch offer, the purchase of HP Specter X360 16 (2022) and HP Specter X360 13.5 laptops will get an exchange bonus of up to Rs 11,000 and an additional exchange top-up of up to Rs 10,000. Again, a select few Amex credit cards will offer cashback up to 10% or up to Rs 10,000. In addition, buyers who pre-book the two laptops will be provided 'special' accessories equivalent to Rs 7,800 free at the time of purchase. The two laptops also come with a no-cost EMI option valid for up to 18 months.

Incidentally, the laptops in question will also offer 1 month of free access to Adobe Creative Cloud and 20 Adobe software, which actually cost ৪ 4,230 to buy.

The latest Windows 11 OS-powered HP Specter X360 16 (2022) laptop has a 16-inch 4K OLED display panel, which offers a 120 Hz refresh rate. The display supports touch input and gesture features like pinch-to-zoom, double-tap, and press and holds for drawing. In this case, users can write or sketch notes on this laptop using an optional MPP 2.0 tilt pen. The model comes with Intel Arc Graphics and a 12th generation Intel Core i7 processor.

The HP Specter x360 16 (2022) laptop has a special preloaded feature called Backlight Adjustment, which is able to automatically correct the video image when making a video call. The laptop also has Bi-directional AI noise reduction and directional beamforming microphone to offer an enhanced video and audio calling experience.

For easy access, HP's laptop includes 'Walk Away Lock' and 'Wake On' features. It also has 'Screen Distance Reminder' and 'Screen Time Reminder' features. The Specter X360 series laptop has an HP Auto Frame camera, which keeps the users in focus while making video calls. It also has pre-installed HP Presence and Glamcam features for audio and video calls.

The connectivity options of the HP Specter x360 16 (2022) laptop include Wi-Fi 6E and Thunderbolt 4. Speaking of battery backup, HP claims that the model will offer up to 18 hours of battery life on a single charge. There is also support for fast charging technology to charge the device up to 50% in 30 minutes. In addition, it offers Power Saver mode to extend battery life. Incidentally, the Specter x360 16 (2022) laptop has Intel Dynamic Tuning technology, which adjusts the processing power to avoid overheating of the laptop or battery drain while in the bag.