The Xiaomi 12, 12X and 12 Pro, the three flagship handsets included in the Xiaomi 12 series, were unveiled in the Chinese market in late December last year. However, it was heard that the company will not stop here. They will soon launch the Xiaomi 12 Ultra model under this lineup. Even since the beginning of this year, various reports and sources have revealed the features of this upcoming smartphone as well as its design. Most of the leaks have revealed that the rear panel of the 12 Ultra will have no secondary display. 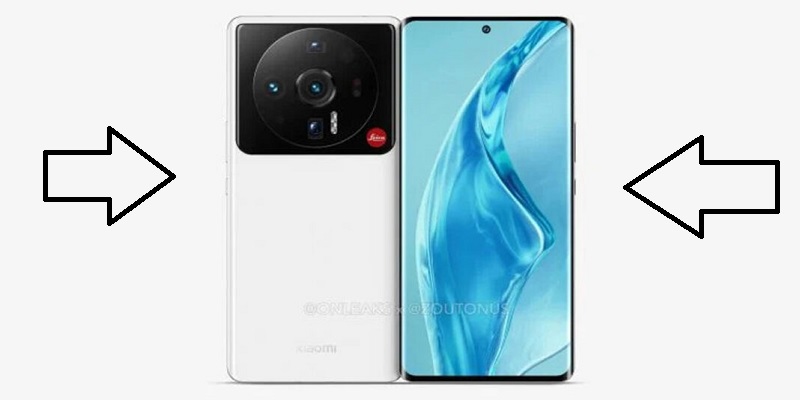 Instead, it will come with a huge round camera module with multiple cutouts for cameras and sensors. Now a well-known tipster has released the CAD renders of Xiaomi 12 Ultra. This new image supports previously leaked renders

The leak is the CAD render of the Xiaomi 12 Ultra

Tipster Steve Hammerstoffer joins hands with Jouton to share the CAD renders of the Xiaomi 12 Ultra. According to the render, the front of this handset will have a punch-hole display with a curved edge. The device will measure 181.9 x 64.3 x 9.5 millimetres. This means that the Xiaomi 12 Ultra is thicker and slightly smaller than its predecessor, the Xiaomi Mi 11 Ultra, which was launched last year, measuring 164.3 x 64.8 x 6.4 millimetres. This indicates that the new 12 Ultra may not have a 6.71-inch screen like its predecessor. Rather, it is rumoured to have a 6.7-inch AMOLED panel.

Again, the Xiaomi 12 Ultra will have a huge camera setup with Leica branding on the back panel. This camera system will have about seven camera cutouts. It is expected to include four cameras and three sensors.

The Xiaomi 12 Ultra will have a 6.7-inch AMOLED display, which can offer quad-HD + resolution and a 120 Hz refresh rate. The device may be powered by Qualcomm Snapdragon 8 Plus Zen1 chipset. It is expected to have up to 16 GB RAM and up to 512 GB storage.

For photography, the Xiaomi 12 Ultra's rear camera module includes a 50-megapixel primary camera with optical image stabilization (OIS), a 50-megapixel ultraviolet lens, a 46-megapixel periscope zoom camera, and a 16-megapixel internal. And for selfies and video calling on the front of the phone, 16 megapixel or 20-megapixel front camera can be seen. For power backup, the Xiaomi 12 Ultra may use a 5,000 mAh battery with 120-watt fast charging and wireless charging support. The device is expected to come with a leather and ceramic build.