The 12S lineup is expected to come as an updated version of the Xiaomi 12 and 12 Pro, which launched in China last December. 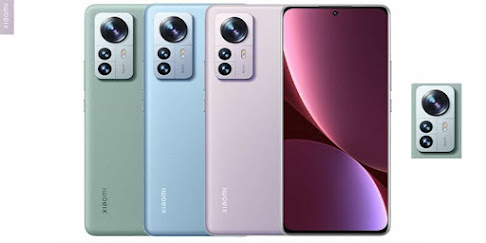 Now the 'Pro' model of this series has been spotted on China's 3C (CCC) certification site again, pointing to the upcoming launch of the Xiaomi 12S lineup devices.

Let's find out what information about Xiaomi 12S Pro came from 3C certification.

According to the site list, this new Xiaomi handset will support 67-watt fast charging technology.

Other than that, though, the list doesn't mention the other specifications of the 12S Pro.

It is also expected that a MediaTek Dimension 9000 chipset variant of the upcoming Xiaomi 12S Pro will hit the market.

A Xiaomi handset with model number 2207122MC was recently spotted in the IMEI database,

which is expected to debut as a 12000 Pro Dimension 9000 chipset version. And now this model has also got the approval of the 3C site.

Note that several recent reports suggest that the upcoming Xiaomi 12S Pro will have a 6.55-inch AMOLED Full-HD + display.

For photography, the device may have a triple rear camera with a 64-megapixel primary sensor on the back panel and a 16-megapixel front camera on the front.

It can run on an Android 12-based MIUI 13 user interface.

However, since this information has come to light through unconfirmed sources, only time will tell how true it is.